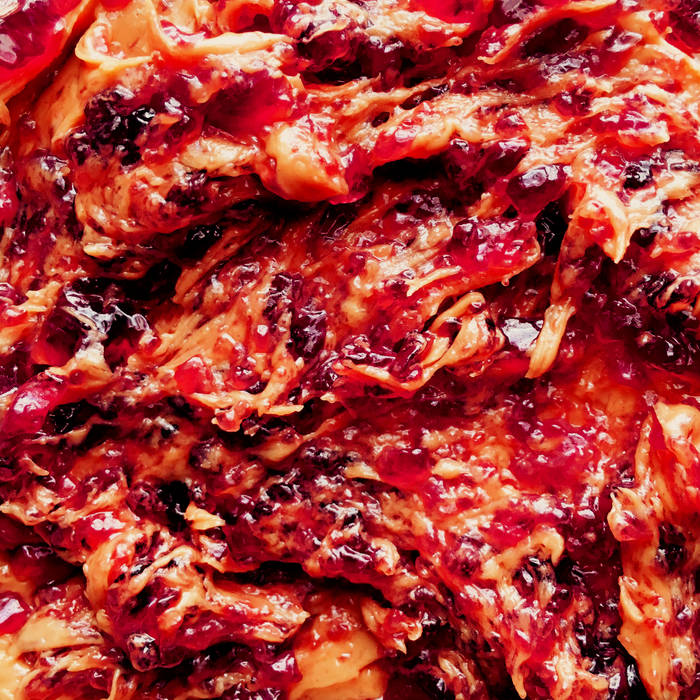 "Medicine Mountain" is the debut album by Brooklyn, NY, noise-rock band Chomper, out November 10th, 2017 on the Iron Pier record label (Brooklyn). The band features members of rock greats – Mark Shue in Guided by Voices, Nick Chiericozzi and Mark Perro in The Men, and Russell Hymowitz in Dream Police, to name a few – resulting in a pile-driving, psychedelic collaboration that will lay you flat.

Taking cues from garage rock pantheons The Stooges and MC5, the four-piece unleashes sonic energy by the kilowatt. Chomper was borne of ragtag jam sessions with a simple MO: play loud, loose, and stress-free. That attitude is omnipresent throughout the band's debut, which emulates the gusto of The Damned, the melodic murk of Beech Creeps and the cheeky nihilism of Dead Boys.

Chomper was originally the brainchild of Shue, and brought into form by a fateful collision with old friends. Says Shue about "Medicine Mountain"'s MO: "We just wanted to push a simple, powerful energy forward. No over-thinking or hesitation." Worse things could arise from the classic "we should jam together" bump-in: Chomper kicks up a racket that displays an uncommon joy and brotherhood between the members and a mutual enthusiasm for rock 'n roll.

"Medicine Mountain" was recorded to two-inch tape in one day, with Travis Harrison (Guided by Voices, ESP Ohio) behind the boards. The sheer velocity of this process only seemed to bring out Chomper at its wildest, though shot through with a crucial dose of great songs and pop smarts. Just listen.

Bandcamp Daily  your guide to the world of Bandcamp

cktrl talks about heartbreak and his new record 'Robyn'